In this project we will be working with the commonly-used Lahman baseball statistics database (our friends at the San Francisco Giants tell us they use it!) The database contains pitching, hitting, and fielding statistics for Major League Baseball from 1871 through 2019. It includes data from the two current leagues (American and National), four other "major" leagues (American Association, Union Association, Players League, and Federal League), and the National Association of 1871-1875.

Try running a few sample commands in the SQLite console and see what they do:

The database is comprised of the following main tables:

It is supplemented by these tables:

We've provided a skeleton solution file, proj1.sql, to help you get started. In the file, you'll find a CREATE VIEW statement for each part of the first 4 questions below, specifying a particular view name (like q2i) and list of column names (like playerid, lastname). The view name and column names constitute the interface against which we will grade this assignment. In other words, don't change or remove these names. Your job is to fill out the view definitions in a way that populates the views with the right tuples.

For example, consider Question 0: "What is the highest era (earned run average) recorded in baseball history?".

In the proj1.sql file we provide:

You would edit this with your answer, keeping the schema the same:

To complete the project, create a view for q0 as above (via copy-paste), and for all of the following queries, which you will need to write yourself.

You can confirm the test is now passing by running python3 test.py -q 0

More details on testing can be found in the Testing section.

i. In the people table, find the namefirst, namelast and birthyear for all players with weight greater than 300 pounds.

ii. Find the namefirst, namelast and birthyear of all players whose namefirst field contains a space. Order the results by namefirst, breaking ties with namelast both in ascending order

iii. From the people table, group together players with the same birthyear, and report the birthyear, average height, and number of players for each birthyear. Order the results by birthyear in ascending order.

Note: Some birth years have no players; your answer can simply skip those years. In some other years, you may find that all the players have a NULL height value in the dataset (i.e. height IS NULL); your query should return NULL for the height in those years.

iv. Following the results of part iii, now only include groups with an average height > 70. Again order the results by birthyear in ascending order.

i. Find the namefirst, namelast, playerid and yearid of all people who were successfully inducted into the Hall of Fame in descending order of yearid. Break ties on yearid by playerid (ascending).

ii. Find the people who were successfully inducted into the Hall of Fame and played in college at a school located in the state of California. For each person, return their namefirst, namelast, playerid, schoolid, and yearid in descending order of yearid. Break ties on yearid by schoolid, playerid (ascending). For this question, yearid refers to the year of induction into the Hall of Fame.

iii. Find the playerid, namefirst, namelast and schoolid of all people who were successfully inducted into the Hall of Fame -- whether or not they played in college. Return people in descending order of playerid. Break ties on playerid by schoolid (ascending). (Note: schoolid will be NULL if they did not play in college.)

Note that the database only gives batting information broken down by year; you will need to convert to total information across all time (from the earliest date recorded up to the last date recorded) to compute lslg. Order the results by lslg (descending) and break ties by playerid (ascending)

iii. Find the namefirst, namelast and Lifetime Slugging Percentage (lslg) of batters whose lifetime slugging percentage is higher than that of San Francisco favorite Willie Mays.

You may include Willie Mays' playerid in your query (mayswi01), but you may not include his slugging percentage -- you should calculate that as part of the query. (Test your query by replacing mayswi01 with the playerid of another player -- it should work for that player as well! We may do the same in the autograder.)

Just for fun: For those of you who are baseball buffs, variants of the above queries can be used to find other more detailed SaberMetrics, like Runs Created or Value Over Replacement Player. Wikipedia has a nice page on baseball statistics; most of these can be computed fairly directly in SQL.

Using the Lahman database as your guide, make an argument for when MLBs “Steroid Era” started and ended. There are a number of different ways to explore this question using the data.

(Please do not include your "just for fun" answers in your solution file! They will break the autograder.)

i. Find the yearid, min, max and average of all player salaries for each year recorded, ordered by yearid in ascending order.

iii. Now let's compute the Year-over-Year change in min, max and average player salary. For each year with recorded salaries after the first, return the yearid, mindiff, maxdiff, and avgdiff with respect to the previous year. Order the output by yearid in ascending order. (You should omit the very first year of recorded salaries from the result.)

Rerun python3 test.py to see if you're passing tests. If so, follow the instructions in the next section to submit your work.

Previous
Getting Started
Next
Testing 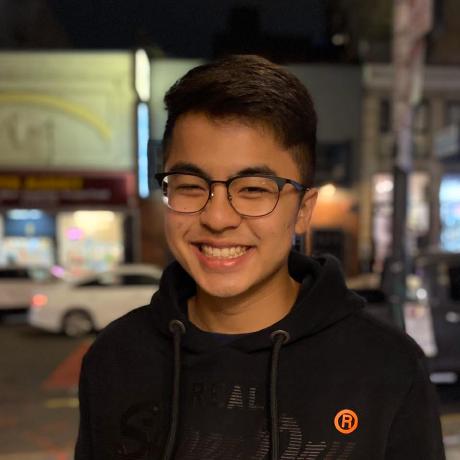